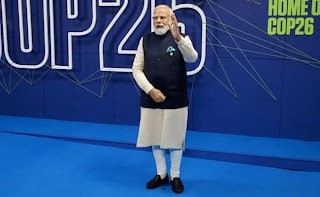 Prime Minister Narendra Modi has announced the launch of the Green Grid Initiative “One Sun , One World, One Grid” at the COP26 conference . Know more details about this initiative on this page

What is Green Grid Initiative ?

“Green Grids Initiative One Sun One World One Grid” or simply ‘GGI-OSOWOG’ is an initiative that aims to increase the solar and wind power with the help of the international grids on every continent. This initiative will help in developing a worldwide grid which can be used to get clean energy at any place and at any time.

Role of ISRO in OSOWOG

What is One Sun One World One Grid ?

In October 2018, Prime Minister Narendra Modi proposed this idea at the First Assembly of the International Solar Alliance. One Sun One World One Grid, also known as OSOWOG , is a futuristic initiative which aims to harness the sun energy. It is running with the vision – The Sun Never Sets. Under this initiative a world wide network of solar grids will be established to harness solar energy.

GGI-OSOWOG has already been endorsed by more than 80 Member States of the International Solar Alliance (ISA).

According to the United Nations Climate Change Framework Convention (UNFCCC), COP26 will work towards four goals: